Weed hits everyone different but how do opioid receptors affect THC?

Why Craft Cannabis Is Better Than Industrial Produced Buds

Early Signs Your Cannabis Plant Is A Male!

There’s a famous saying, “Necessity is the mother of creation”, and nothing could be more true for a drug smuggler. When it comes to sneaking in drugs, a smuggler has to call upon all their inner creativity. Sometimes, a bold move can be so brazen that it just happens to work. When it doesn’t, getting busted can mean not only facing consequences but humiliation and bewilderment. Get ready for some stories of outrageous drug smuggling; names have been changed to protect those who never busted. Follow it up by sniffing out the drugs in the wordsearch below.

Recently, I spoke with a gentleman who spent some time in jail back in the early nineties. After his grow op was busted, Mike was charged with a number of offenses. A few of his buddies felt bad for him as he bided his time in jail, so they came up with a way to send him some cheer. They wrote him letters and dipped the corners of each page in liquid LSD. Mike would simply have to bite off the corner of the letter and he’d be tripping balls. At one point, his friends got concerned that the cops were catching on so they stopped dipping the corners. Instead, they would take a small pin, dip it in LSD and dot each period written in the letter.

Cocaine in avocados and pineapples

One day, someone woke up and decided to smuggle cocaine in avocados and pineapples. It was one of those ideas that was so insane that it worked for a while. However, the authorities these days have wised up to the drugs in produce smuggling hustle. After a pound of weed was discovered inside of a watermelon, the cops have been on red alert.

Check out the cops busting these dirty pineapples.

This is a true story that came from an older gentleman that I know. Back in the day, John used to sell liquid LSD and his methods were quite brilliant. John used to dip the filters of cigarettes in the psychedelic substance and then sell them at parties. Some people would just keep the filter in their mouth while others smoked the cigarettes. Handing off the drugs was literally as easy as giving away smokes and the cops never caught on.

Want more? This news report sums up some crazy busts. My favorite is the paraplegic man with pounds of meth taped to his legs.

Find the drugs listed below in this week’s wordsearch!

Previous How to Smoke a Bong the Right Way

CBD as a Natural Remedy to Eczema

Taking a Trip With a Psychedelic Treatment Subject Through His Experience

Are Women Who Smoke “Too Much” Unattractive

How Cannabis Has Changed The Workplace

What’s up with cannabis topicals? Why aren’t they more popular? Cannabis topicals make up less than 1% of total cannabis sales in North America. And its popularity is slowly decreasing in both Canada and the US. Why? They have greater bioavailability than capsules, for instance. You can find near-instantaneous relief by directly applying cream or …

Is it possible a Conservative Cannabis Act can fix the damage of Justin’s legalization? On October 17th, 2018, the government of Canada legalized cannabis with strict conditions on who could sell it, how to access legal products, and how much you could grow for personal use. This top-down public health scheme split BC Bud into …

If you believe Justin Trudeau sold cannabis in Canada out to a Laurentian Elite, then George Smitherman is your boogeyman. A former politician and now licensed producer, he’s also President and CEO Cannabis Council of Canada (C3).  When the Trudeau government announced a review of the Cannabis Act, C3 released “Five Big Asks.” They are: … 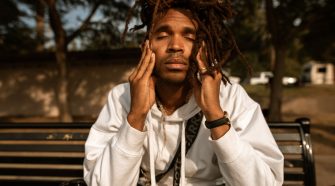 Best Way To Sober Up From Weed

We have all experienced it, at some stage in our lives, where we have overindulged in the giggly twig and feel a little out of our depth. In this article, we will be discussing why we get high and ways to reduce the intensity of the experience. It might be an extra strong indoor hydroponically-grown …