What if We Treated Cannabis Protests like the Freedom Convoy?  – Cannabis News, Lifestyle

Is The Puffco Peak Worthy Of The Hype? Yes And No..

Cannabis in Switzerland – Is it time for Legalization?


Is weed expiration a thing? One of the things novice cannabis users struggle with is knowing how long weed can be kept before it goes bad. This is an especially crucial question for more infrequent users, who may have larger batches of cannabis that they want to keep aside.

The first important point to note on this topic is that weed does not expire the way other foodstuffs do. Even when consumed, “old” weed will likely not lead to food poisoning or other severe effects associated with consuming expired or spoiled food.

With that said, “old” weed can lose its potency. For this reason, it is important to stay on top of your weed’s quality, especially if you are using it for medicinal purposes. On top of that, old weed can develop mould. This will lead to an unpleasant taste when smoked or consumed as well as a difference in its aroma. When handling the weed, you may find a noticeable change in its texture as well. You should avoid consuming or smoking mouldy weed as this can lead to effects such as nausea or coughing, and prolonged use of mouldy weed can lead to severe health effects.

When is Weed Considered Old?

Scientists and researchers have developed a helpful timeline for cannabis users to track their weed’s quality.

Firstly, these estimates depend on the proper storage of cannabis. When improperly stored, you can expect the deterioration of your weed to exponentially increase.

When stored properly, dried cannabis can keep its potency for at least 6 months and up to a year. Once a year has passed, scientists estimate that weed can lose up to 16 percent of its THC potency. With every year that passes, it loses more and more of that potency, and can lose up to 41 percent of THC after four years.

With that said, you shouldn’t be keeping weed for four years, as even the best storage solutions are not completely invulnerable to mould.

We recommend checking all weed, whether newly bought or not, for mould. There have been cases of legitimate and trusted sellers providing new weed that had mould.

Checking for mould is as easy as using four out of five your senses:

Visual Check: try to spot white discolouration. It can look powder or even furry and fuzzy. Even the smallest spots can be an indicator of mould.

Texture Check: fresh weed should feel just right. Crumbling and excessive dryness are signs of decay, as is weed that feels spongy.

Taste Check: ideally, you should have spotted mouldy weed before consuming it. However, if you are already smoking or eating it, you should be able to detect an unusual taste if the weed has gone bad. In such cases, you should stop consuming the weed immediately.

To learn more about weed expiration, check out this article.

Old or mouldy weed is a bummer. It takes away from the potency of your joints and edibles, and can even cause unpleasant effects that range from mild to severe, depending on your health and the amount of mouldy weed consumed.

Make sure you always store your weed properly in order to avoid spoilage. Next time, we’ll show you how to properly store and keep your weed to prolong its lifespan. Stay tuned on @cannalifenet for more tips on cannabis!

Next Which Is Best For You?

Can You Overdose from THC? – Cannabis | Weed | Marijuana

Europe’s Largest Cannabis B2B Event Is Coming Back To Berlin

Alberta Study Says Hospital Visits up Thanks to Cannabis

What is Cannabis Decriminalization and Why Progress Is Still Slow 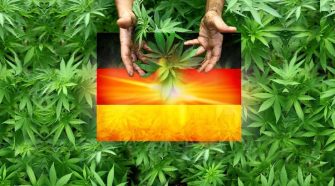 The German government is delaying cannabis legalization as they have yet to submit proposals to the European Commission. Accordingly, Germans may not see legal cannabis until 2025. In an e-mail to Euronews, the German health ministry confirmed that a draft law for cannabis legalization is “currently being drafted.” “A large number of legal and operational questions …

Do you know what sucks? Trying to learn to spell each terpene. Do you know what’s even harder than that? Spelling the various cannabinoids. There’s a lot of cannabis-related words that are really tricky to spell from memory. If you are reading this and thinking the opposite, you are both a spelling genius and mistaken. … 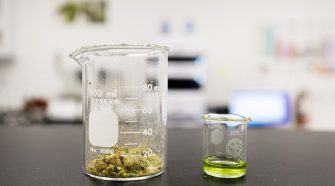 Most cannabis research is false. A bold statement. So what does it mean? In 2005, Stanford University professor John Ioannidis published the paper “Why Most Published Research Findings Are False.” In it, he argued that most published research findings are false due to a combination of factors such as small sample sizes, inadequate adjustment for … 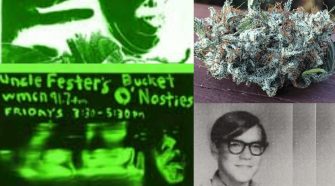